Yesterday (22nd June 2022) Coram Voice took part in “It’s Our Care, Day of Action”, an in-person lobby at the houses of parliament with over 100 care experienced young people, in an effort to urge MPs to put care experienced voices at the heart of social care reform, following the recently published independent review.

This was an event organised by children’s charities including, Coram Voice, the National Children’s Bureau, Action for Children, Become, Barnardo’s, The Children’s Society, and NSPCC.

Coram Voice was represented by our A National Voice Ambassadors, who were involved in a meeting with MP’s, including the Secretary of State for Education, and the Chief Secretary to the Treasury. Here they talked about some of the biggest issues within the care system – from the need for more support for younger children and the vital importance of early help, to value of knowing their rights and what avenues of support are available for children in care and care leavers.

Khalil, ANV Ambassador spoke about some of the issues he had experienced; “We need more education opportunities. I wanted to do an accountancy course that was £300 but I was over 21 so the local authority said that they couldn’t support me.”

Other areas highlighted during the day were how every year, 1 in 3 children in care have to move home at least once, and many have to move multiple times. Also, 41% of care leavers between the ages of 19 and 21 aren’t in employment or education, compared to just 12% of other young people.

Emma Hosking, Coram Voice Participation Manager, said of the day; “It was fantastic to be at parliament with the ANV Ambassadors today. It is vital care experienced voices are heard when it comes to reforming the care system. We want to work with our ANV Ambassadors to ensure that the whole ANV network continue to get their voices heard with the review going forward” 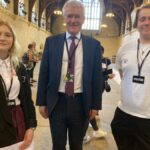 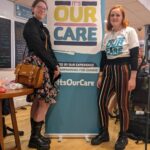 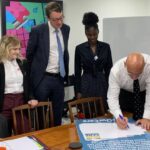 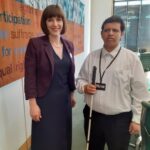 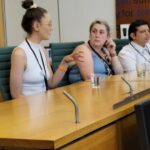